We can learn a lot from relationships on screen – about love, friendship, self-confidence, healthy and unhealthy behaviours.

With that in mind, we asked our team back in May about some of their favourite relationship watches & reads. Now we are back with some binge worthy boxsets which have potrayals of relationships which you may enjoy during these colder autumn nights.

If you recognise any pressures on your own relationships from watching these shows, check out our downloadable resources to help you Relieve The Pressure on Your Relationships. 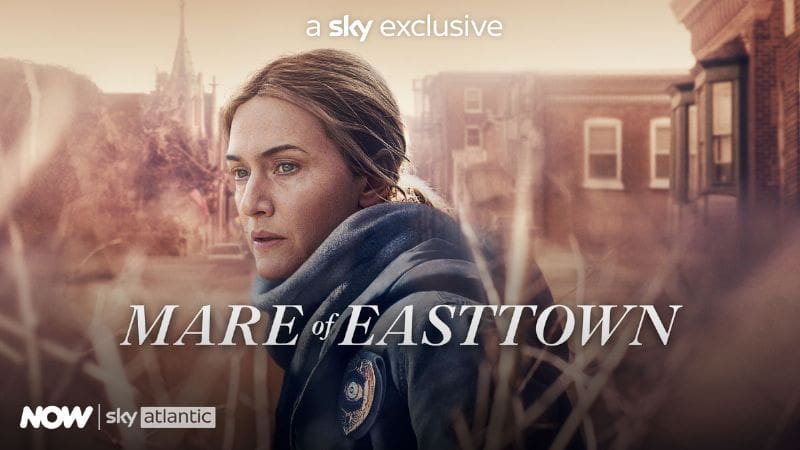 Mare of East town is an American crime drama consisting of seven episodes and is available in the UK on Sky & NOW plus.

It stars Kate Winslet as the title character, a detective investigating a murder in a small town near Philadelphia. Police detective Mare Sheehan investigates the recent murder of a teenage mother while trying to keep her own life from falling apart. Mare is a local hero, having been the star of a high-school basketball championship game 25 years ago. She has also been unable to solve the case of another missing young girl for a year, leading many in the community to doubt her detective skills. Her personal troubles include a divorce, a son lost to suicide, and a custody battle with her ex-heroin addict former daughter-in-law over Mare’s grandson.

The series received critical acclaim, with praise for its story, characters, and performances. It earned 16 nominations at the 73rd Primetime Emmy Awards.

What I found interesting was how the dynamics of family life played out in this series. Mare’s professional life is complicated by the “small town” knowledge about her complex family life. Mare lives with her mother, daughter, and grandson. Her ex-husband lives with his new partner in a house at the bottom of the backyard. The pressures of family life are shown in raw gritty realism.

At one point in the story Mare is referred to counselling by her boss. She attends initially reluctantly but finds it of benefit. She sees her need to deal with the traumatic incident which rebounds across family relationships. While this had the potential to drive the family apart, a potentially dysfunctional family finds a way to function together again.

Perhaps one of the most positive aspects to this series are the elements of family life which are normalised by being clearly present but not being part of the story arc. 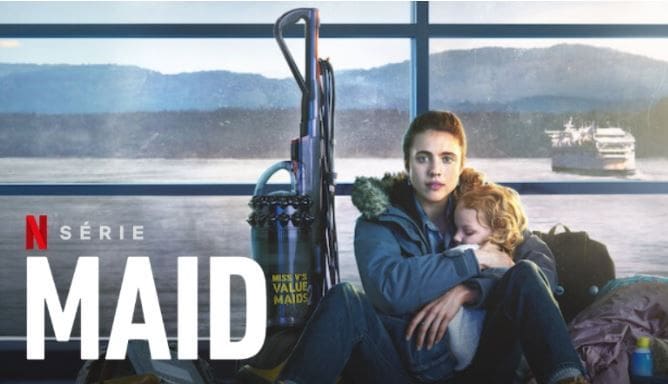 I recently finished a Netflix series called ‘Maid’ which follows the life of a young mum trying to escape a domestically abusive relationship. The series really highlights the ups and downs a victim goes through including the difficulties in trying to escape an abusive environment and managing the want to return to a relationship when they feel the perpetrator has changed.

Through the lens of the main character, the show explores how domestic abuse affects other aspects of victims’ lives including custody, education, and getting support.

I found it very thought-provoking as it really made me think of how you never really know what goes on in a person’s relationship. It also shows how easily children can be affected just by witnessing the abuse of a parent. 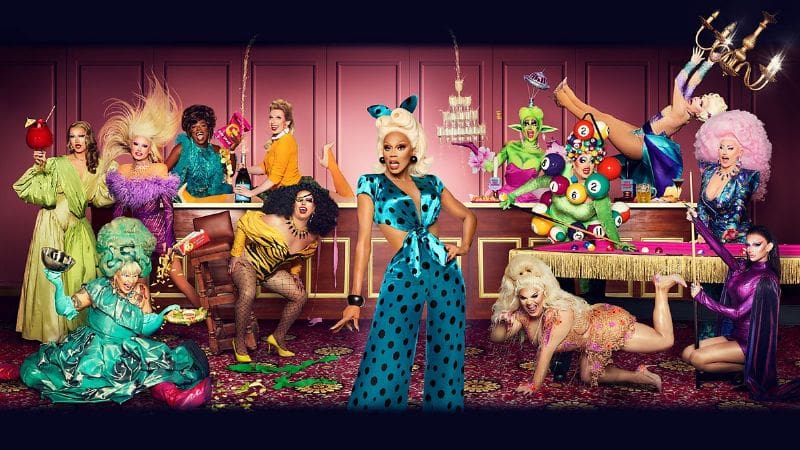 Our relationship with ourselves is the most important one we have, and Ru Paul sums this up well in his mantra;

“If you can’t love yourself, how in the hell you gonna love somebody else?”

Ru Paul is the worlds most famous drag queen, and is the front woman and lead judge of this drag talent competition now in it’s 13th season, including three UK seasons, the third of which is currently streaming every Thursday at 7pm on BBC Iplayer.

As well as showcasing the art of drag, the show also creates a space for contestants to provide testimonial around issues within the LGBTQ+ community. As they get ready in the workroom each episode, the queens can often be seen discussing their childhood experiences of homophobia, relationships with their families and how their art can be a barrier to them finding love.

Keep an eye out for Belfast Based Blu Hydrangea in the first UK season!

Relationships on screen can teach us a lot about our own behaviour in relationships, but we need to access expert relationship support to manage our relationships in real life. Relate NI have been providing relaitonship support across NI for over 70 years, find out more about how our services may be able to support you.

If you have any recommendations for good relationship watches or riveting reads, get in touch with Stevie at stephenmaginn@relateni.org

I loved every session. Our counsellor listened to what we had to say and gave us helpful wee homework - would recommend this service to everybodyService Attended Adult Relationship Counselling for Couples

I had a very good counsellor that helped me through a lot and it has made me come out the other side.Service Attended Adult Relationship Counselling for Individuals

Been a lifeline to help us fall in love again - forever grateful!Service Attended Adult Relationship Counselling For Couples

I would just like to say that when I first came for counselling I felt that I was drowning.  I have completed my sessions and I now feel that I can cope a lot better with everything.  Thank you for a brilliant service.Service Attended Adult Relationship Counselling For Individuals

Really enjoyed Relate NI and I'm actually going to miss counselling.  I Found it helpful to find myself again. Very fair and equal within our relationship.Service Attended Adult Relationship Counselling For Couples

I appreciated the straightforward, helpful and informed observations about situations. It really helped me cope during Christmas which is a difficult time for usService Attended Family Counselling

The counsellor was very pleasant to meet with.  They had the necessary skills to speak and listen when appropriate.  I liked their humour and good personality.Service Attended Family Counselling

Relate NI has helped me move on as well as understand myself and situation more.  My counsellor listened to me, facilitated me and was compassionate!Service Attended Relate NI Teen Counselling

We had four funded sessions and cannot express how grateful we are for the help, guidance and knowledge. Our counsellor was incredibly professional, and her experience and obvious passion for helping couples like us was exceptional. She helped us to understand ourselves and each other like we otherwise never would have been able to.Service Attended Adult Relationship Counselling For Couples

I have tried counselling many times in the past. This time actually made a difference. I was able to complete online sessions as well as some face to face.Service Attended Adult Relationship Counselling For Individuals